Vote yes on a game that can’t sustain itself? I think not. A game that is a mix of Wonderzone and Dice Masters? Like where’s the originality? Why not use DAO funds for actually developing Decentraland so it’s easier for better games to be made? This is clearly a short term play.

If the DAO passes this there will be many more games requesting money some of which I know have the voting power alone to take. So I suggest we vote no on this and all other grants for games. 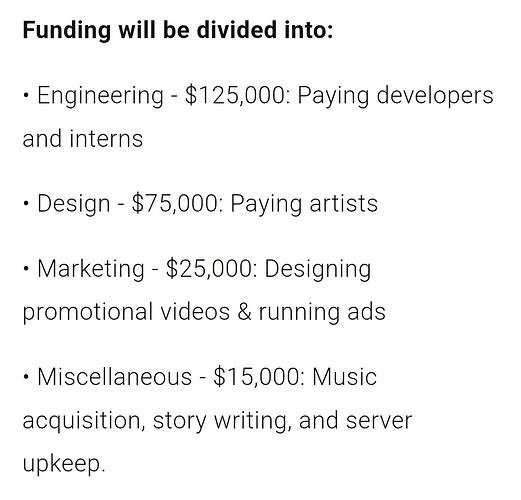 It’s not about that. This proposal is ridiculous. Because then why should anyone continue pay for their game development in Decentraland?

What’s the propose of DAO in your opinion then?
Hold the money or help Devs develop Decentraland, I think developing a game in decentraland is developing decentraland too in the sense that games bring new people to decentraland. Also this is not the first game to ask for money

DAO has not paid a single penny to the date, We are all developing it by our selves so far, Calling it a combination of dice master and wonderzone is weird in my personal opinion. We support all games, We never said we are against dice master or wonderzone, Stop the propaganda

Yeah and so you have a game in beta, that hasn’t given you a return yet, and we do not know if it will even be successful, but you want to throw more money at it?

Great project and a lot of functionality has already been achieved with no funding from DAO, keep up the good work and good luck on this proposal

Why would we, you, or anyone expect an active ROI with a product that’s still in development? To be blunt, will DCL even be successful? Yet we throw money at it in the goal that it will be. Having great content available such as games like Exodus, Dice Masters, Vroomway, and others will be important cornerstones to setting up a solid foundation for such expected success.

To answer “Why is this ok? How does this help Decentraland?”

Like any project, it takes time. It also takes skill and know-how. Persons with the skill and know-how as well as time can be hard to come by. Being able to provide funding helps to alleviates the risk of a developer abandoning the project due to constraints. Generally time due to money.
Marketing shouldn’t need explaining. The greater amount of eyes on avenues to DCL the greater the potential community and economy.
All of this runs on hardware and related software that gets quite expensive.

We are not asking to be bankrolled by DCL indefinitely; we’re asking for support getting rolling so we can heartily contribute back to DCL for the, hopefully, long future.

Well, from what I see, the DAO does not support those who are trying to make DCL great. I am seriously thinking of being one more to leave DCL. DAO if you haven’t noticed, we are less and less.

Hey @Zino, you’ve asked several questions that represent our whole proposal. To break this down in a comment is quite difficult

There is a huge barrier in Decentraland for maintaining users. The biggest question has always been what is there to do here? Nearly a year ago DCL had a huge hype with 10s of thousands of daily users with nothing to do. Now that number has fallen drastically due to very limited amount of activities and entertainment.

Our game will be a Multiplayer game. A few other grant proposals for games have copied and pasted scenes, items, and NPCs from other places. All of the Exodus items are original and built from scratch. They are also created and made from Decentraland users.

Multiplayer games have always been an intermediary for users to 1. Have something they enjoy. 2 Find and connect friends. Those 2 things are critical on a platform such as this one. If we had more fun games more users would have stayed.

The DAO’s top priority right now should be game development. A couple examples of what other successful platforms have done.

Some of the first apps on the Apple App Store were games. Apple focused heavily on enabling game development. It attracted 10s of millions of users quickly.

When Facebook first launched and everyone wasn’t on it yet, they gave their users games to play such as FarmVille to keep them occupied and coming back as they made friends and connected with irl ones.

Currently our team is dedicated at building this game with an income of zero and anything would be helpful. Currently we have a team of 17 and once the proposal passes we’ll be hiring 6 more interns for programming and design. Some of us are willing to go without pay but not everyone. Not including marketing, server, and other expenses. It’s paying around $400 a week per person. Just to put this in prospective of our teams dedication and interest, McDonalds pays better.

The difference between this proposal and the last 3 are the Exodus updates. Everything we build is coming from scratch and original. Here are our patch notes since we went live. JTVHQ - Exodus Blog

A few other grant proposals for games have copied and pasted scenes, items, and NPCs from other places.

This is false. And it’s completely irrelevant in regards to your grant. You continue to slander other projects, games, artists, and community members. You bash the platform and the DAO you are asking for money from.

Because you clearly will not learn from some of the mistakes (my opinion) you’ve made in the past, I’m withdrawing my support for this proposal and any future proposals you make.

My sincerest apologies to your team. They deserve to get paid but you won’t stop trashing anyone and everything DCL aside from Exodus.

Everything we build is coming from scratch and original.

Yikes, you might want to confirm this with you designers. I visited your game and a lot of the 3D models are from DCL builder, like trees, grass, flowers, the little market, etc. I don’t have anything against it, thats why those assets are there to be used in scenes and games, but you can’t say everything is from scratch and original.

Not sure if you have disconnect in your team between you and your designers and you were not aware of this or are you here outright lying? 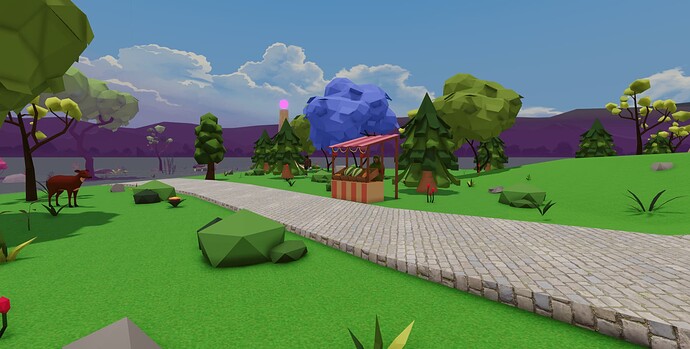 Some Decentraland default scene objects are still there. Definitely not the same. 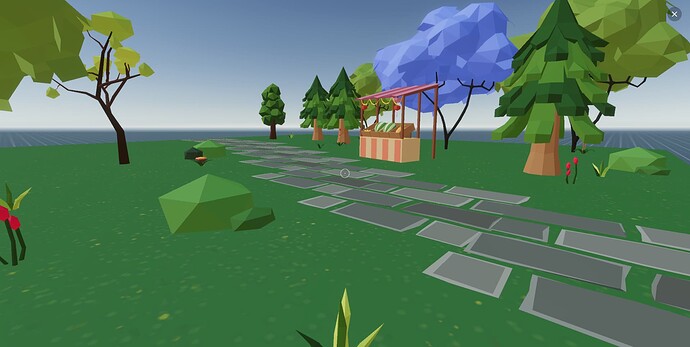 Call it Exodus GBW, You Just made a game Bro!
Now change your twitter name to JTV and…
You figure out its not a game you made, its a bunch of assets you threw together, I would respectfully ask what are you trying to prove.

Hi, @Ahmad_H
JTV in his latest comment has mentioned that “Everything we build is coming from scratch and original”, but as I have shown in the screenshot, a lot of 3D assets are from DCL builder, and as I have mentioned above, I don’t have anything against using assets from DCL builder, thats why those assets are there, but why lie about it and say that everything is from scratch and original?

Calling Default Decentraland Assets same as Assets Downloaded from Internet is Debatable, While I Understand your Point JTV is also right in his own way. I would say most of Exodus is from scratch because thats more factual than saying 100% of exodus is from scratch, But it does not mean we have to keep arguing about it. We as Decentraland Community either unite or a third party will come and slay us all.