[DAO:6fdacf9] Should Decentraland have a main Discord server which belongs to the community with no censorship?

I was surprised when I heard that the main Decentraland server is controlled by the Foundation and DAO has no power on it. Though when I read official Decentraland terms, it states:

“The Foundation does not own or control Decentraland, as ownership and governance is decentralized in the community through the DAO.
Decentraland is governed by a decentralized autonomous organization (the “DAO”). 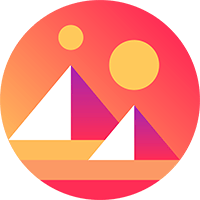 Explore the first decentralized metaverse that is built, governed, and owned by its users. Discover different districts, meet people, party at events, and more!

The reason why I am raising this question is next. I was communicating in DCL main Discord and asked mod why they banned my friend and why mod in my opinion was violating DCL Discord rule #1. Next day I saw that I was kicked from the server. I asked mods why they kicked me but they didn’t even tell me the exact reason why they did it.

This Discord channel is listed on the official website, are perceived as the main one and is the place where community gathers to communicate with each other, express thoughts and ideas.

Should we have such an “official” main Discord server which the community can’t control, mods ban/kick community members with no reasons, don’t give exact answers why they did it and behave themselves like DCL owners ? ? ?

I want to hear your thoughts because personally I believe that in DCL main Discord channel there must be freedom of speech, no censorship and mods who treat members of the community with respect.

Think about it Folks!!!

Like I said on another thread, some people need to take the blue pill and never come back. Now lets see the anon wallets voting with millions of VP.

It’s an interesting idea. I’m not entirely convinced for the following reasons:

“The Foundation does not own or control Decentraland, as ownership and governance is decentralized in the community through the DAO.
Decentraland is governed by a decentralized autonomous organization (the “DAO”).

I am not against Foundation, I am against that fact that I as a community member treated unrespectfully by DCL Discord mods and as says Foundation member, I can’t do anything cuz its controlled by Foundation, not DAO, meaning I cant do proposal to revoke mods.

Thought about what the foundation members said over the DAO call today and I think we need a community ran DCL discord. Strong
“yes” vote for me

In fact many community and new members hold conversations in Discord. Land market, hiring,wearables channels etc. If DCL Discord will be overtaken by irresponsible mods who themselves violate rules and DAO wont be able to do anything with that, it’s not right direction I think.

yes there is, in the channels section

if you want to start another discord server start one, i don’t think there’s anything stopping you - but the idea of “no censorship” is ridiculous…have you met the internet? start a new server and never ban anyone and see how that goes for you.

Have you read my proposal ? I don’t tell that there is no need to ban/kick members who violate rules…

I am saying that:

mods ban/kick community members with no reasons, don’t give exact answers why they did it.

And the problem is that DAO can’t do anything with that thought it governs DLC but can’t revoke mods from it’s one of the main communication channels.

At my opinion this is a big problem, if you all see its normal I will respect DAO decision. I saw it and at least I tried to raise this concern. I also thought everything alright until I was kicked for nothing…

It doesn’t hit people until it happens to them!!!

this is an easy YES from me. i don’t agree with everyone but always believe that there should at least be a section where people can say anything and have full free speech. will help uphold our name “Decentraland”

To me this poll is irrelevant because the foundation can still have a discord if it chooses regardless of the votes here.

If you want a community ran discord wouldn’t it be up to the community to create and manage?

You can do that without posting here…

The proposal makes no sense. It’s like telling Wondermine that you want to own their Discord.

The foundation is an entity and it’s not necessary Decentraland. It’s just the main contributor to the protocol.

Stop making conspiracy theories on The Foundation. If we need to change something, is the DAO. We don’t have anything to do with The Foundation. It’s also a waste of time because nothing is going to change by making proposals here.

Learn what The Foundation really is and you will see how these proposals are not logical.

This happens because people don’t know which is the role of the foundation. I’m going to write an article about this so things get clear.

Will talk to community if they will be interested then why not.

Hope something will change, actually it’s just some guidelines for mods and control above them.

Thanks for your opinion